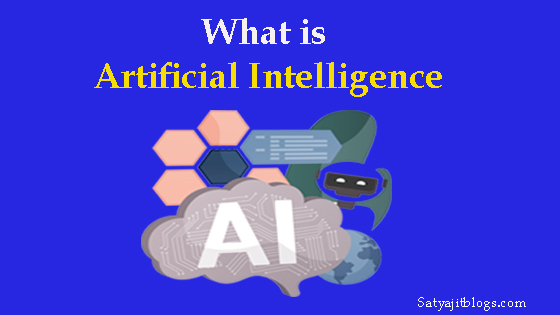 But you know, Computer is just a machine which can simply follow the instructions as given by the programmers, in the same order as the programmer thinks.

The Computer has not any ability to change the programme according to the changing conditions as per requirement of the situations.

So, thanks to God, made us as a powerful and intelligence creature of the universe i.e. Human.

Human is only such a creature living in the universe, who has the intelligence mind with a wider domains, which has ability to change the commands, according to the changing conditions as per the requirement of any situations.

As growing up the computer and technology, computer programmer and scientist think to prepare such an intelligent machine which can do any work as a human can do.

That’s why the Artificial Intelligence comes in the picture.

Artificial Intelligence is considered to design such an intelligent computer system or intelligent machine that exhibit the characteristics we associate with intelligence in human behavior like understanding language, learning, reasoning and solving problems.

In simple word, we can say that programmers, scientists and researchers are trying to develop such a machine having an electronic brain which capable to work very intelligently or show intelligent behavior like a human.

How to make money with Blogging in 2021