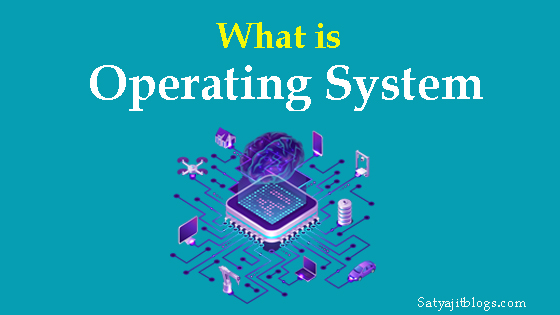 Hi, I am Satyajit, a computer graduate from Manipal University, who started carrier as a dedicated writer with a sole intention to make the world better & innovative by sharing valuable information to people on computer and technology who desire to obtain more knowledge.

Today we are using computer in our everyday life. So, it is very essential for everyone to have the basic knowledge of computer, how computer works and basic function of computer software, which ultimately makes your life very easy and faster than others.

Operating System is alone a big topic of computer science and it is impossible to discuss whole thing in a single article.

But don’t worry, if you read this article thoroughly, you will get a good stock of knowledge about operating system and its functions.

Hardware is basically physical components and parts interconnected each other to run any computer.

Software is consists of the instructions or set of program which helps computer to perform various tasks.

In this article, I will only focus and discuss about the Computer Software.

What is Operating System?

The operation system acts as a manager of the resources like processors, main memory, input/ output devices and information on secondary storage devices and allocate them to specific programs and users as necessary.

How many operating systems are there ?

As we are seen that technology has been grow rapidly over the period of time, scientists, engineers and programmers were making different devices i.e. desktop, laptop, tablet, android mobile & iPhone to meet the requirement of people. We need different software and operating systems to run all these devices.

Most popular operating systems are:

If you have any question about the topic, please let me inform through contact us page or comment section. I will be answered your question, as soon as possible.

How to make money with software development